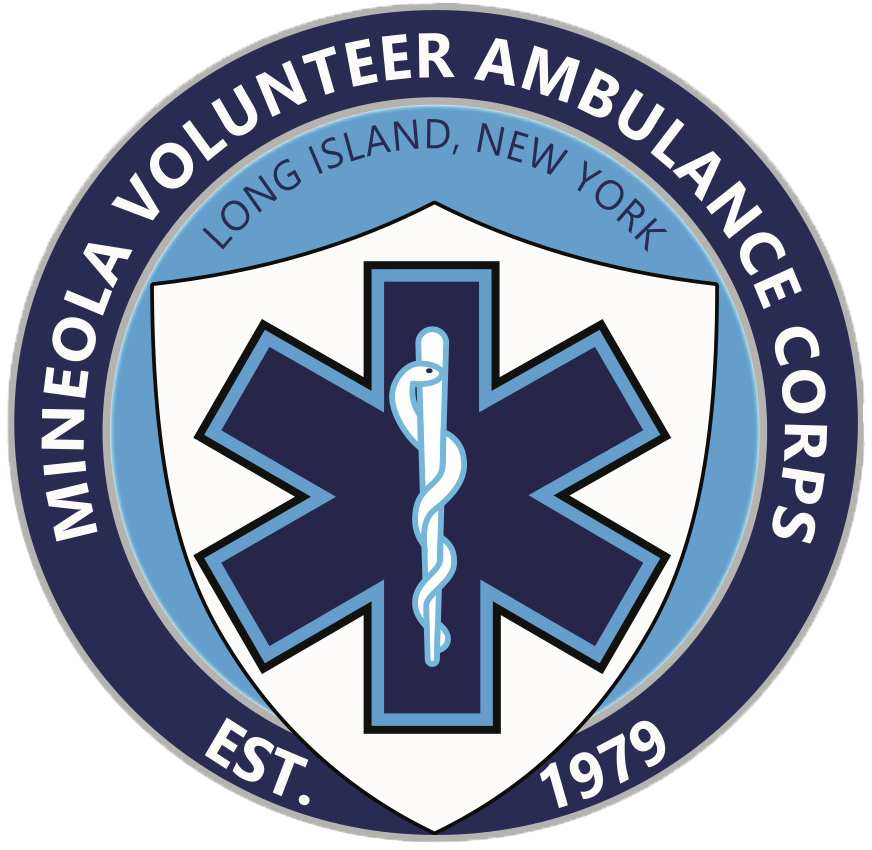 Our family, saving yours.

From its modest beginning as an idea conceived by Joseph and Louise DiGiorgio and William Morgan, the Mineola Volunteer Ambulance Corps has become an institution whose foundation rests upon responding to the emergency medical needs of the residents of and visitors to Mineola. The survival of any organization is based on the caliber of its leadership, and MVAC was and is so continuously blessed. Those who laid the cornerstone are such dignitaries as Stanley and Peggy Rupnick, Bruce Nedelka, Cathy Hirt-Rodriguez, Walter and Diane Strauss, Joan Benatti, Cathy Lauterbach, Patrick Tobin and Joseph and Louise DiGiorgio.

These individuals carried the heavy burden of responsibility in the creation of MVAC and the organization is a living testament to their dedication.

We thank the residents, merchants, and charitable organizations of Mineola for their tax-deductible donations to MVAC. These donations go directly to the purchase of equipment and supplies that will save the lives of both our volunteers and their patients.

In this field, no one can predict what tomorrow will bring, but rest assured our volunteers will be ready no matter the situation.